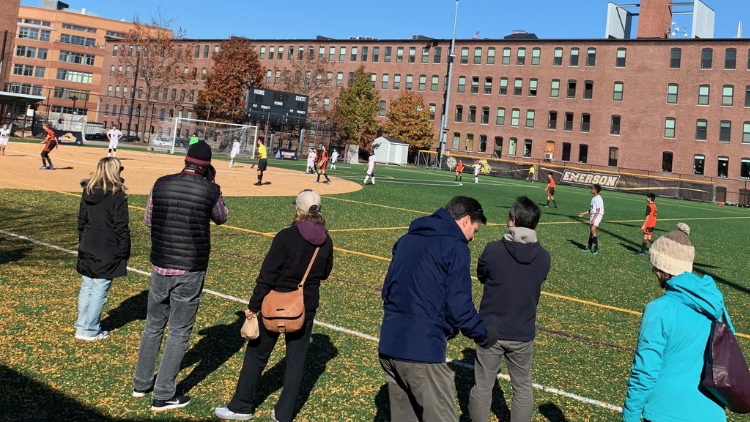 Dear Parent: Is Your Sideline Behavior Distracting or Helping?

It’s Saturday morning and I’m on the way to the soccer fields for Cali’s game.  With quick glances in my rear view mirror I can see her in the backseat, mindlessly staring out the window.

A mumbled “yes” makes its way up to me in the driver’s seat.

We drive this way in silence for 5 minutes – me giving Cali an imaginary pre-game talk (sometimes I realize my face is even gesturing a bit as I speak with passion in my mind):  “Work hard, get your head up early, play simple” as I catch glimpses of her in the mirror.

When held out loud in the past, these pregame talks have not gone over well between she and I, so I am thankful I manage to keep my pregame talk to myself this time!

I shift the conversation to the song that is playing on the radio, a weekend homework assignment, what we are eating for dinner that night.

I don't want my daughter to think I care too much about the game and her performance.

And that, right there, is the problem.

Cali is 10 years old and I care too much about how she carries herself as an athlete. Unfortunately, she feels it. To her it likely feels like pressure, and adds an unnecessary burden that makes her personal fun meter teeter towards “not fun”.

As much as I try to mask my expectations and force conversation about homework and dinner and music – my stress is noticeable to her. I can feel my heart beating just a bit faster in my chest.  My voice doesn’t sound normal to me when I speak out loud.

This was me eight years ago…Thankfully - I changed.

It didn’t necessarily come overnight. In fact, it took a couple of seasons. First I had to grow to trust her coaches and developmental environment. Second, I had to find the balance between supporting Cali in her athletic endeavors and not inserting myself too much into her experience. When I stopped making her soccer more about what I was feeling than what she was actually feeling and experiencing (not what I wanted her to feel), everything changed. Our relationship improved.  Her love of the game blossomed.  Her joy and enthusiasm on the soccer field and with her teammates improved. I was happier.

While I won’t begin to say I understand every child’s playing environment or the dynamics that exist in the personal relationships between a parent and their children when it comes to car rides, motivation, anxiety or even personalities…I will say I see these relationship dynamics play out every weekend on the soccer fields.

Parents on the sidelines insert themselves too much in their child’s performance and shift from supporting their child during a game, to distracting them.

Parents are given lollypops by team managers as a token reminder to keep quiet, we are asked to participate in a Silent Saturday experiment where the only voices heard are those of the players…and while these hopeful solutions to parental sideline behavior are laudable, they are not working.

We need a different intervention.

The sideline behavior of parents will not change until we understand we are not helping our child, we are actually hurting - distracting them from learning.

THE NUMBER ONE THING PARENTS MUST UNDERSTAND:

The difference between SUPPORTIVE behavior and DISTRACTING behavior.

Examples of supportive communication are “Good Job”  “Keep Going” “You Can Do It’.   Supportive behavior looks like parents being attentive to the game, but not caring too much. We are not on our phones. We are watching all the players experience the ups and downs of competition with a level head and calm demeanor.

When we care in the wrong ways, or simply don’t understand how kids learn, we often become distracting.

“Push Up” “Pass to Johnny” “Shoot” “Quick!” These are all examples of distracting communication. The moment we shift to advising our children during the game, “Pressure” “Throw it long” “Defend #8” we are not helping them develop.

As Doug Lemov, teaching expert and founder of Teach Like A Champion said in an interview with The Sideline Project  referring to coaches advising players during a game:

What you should be doing, if they should be getting wider or you want Kevin to give the ball up earlier - is instead of shouting to Kevin when he has the ball to “give the ball up earlier” - is making notes to yourself about what training should look like next week, possibly for your conversation with Kevin at halftime, that's a reasonable time to do that.”

When I asked Doug about the role of a parent on the sidelines during a game, he got personal about his sideline behavior, sharing about his experiences with his children.

“The answer for me (with my children) has been over time to say very, very little. It's taken me a while to get there.

“There have been times where I was sure that my son was out of position and that he was supposed to be marking differently and after the game I was like, "So it seemed like to me maybe you were like ..."  And his response was: "No. Coach is telling me to do that. We worked on that all week in practice."

…I think there's a reasonable range of roles for parents to make but for the most part I don't think that (advising) is my role as a parent. I think my role is to - if I want to shout something - it's to encourage them and say “Great job”, “Keep working”, “Keep at it”.

In my experiences working with parents all over the country with The Sideline Project, as well as my personal experiences on the sidelines with my children, distracting communication is a direct result of an effort to relieve parental stress when we care too much.

Even when I worked hard to keep quiet in the car and not overwhelm Cali with a pre-game talk she didn’t want (or need) to hear… when I got to the game – despite my best efforts – distracting communication would literally pop out of my mouth!!!!

Supportive, not distracting communication was all my player needed from me.

We are one step closer to developing a more positive youth sports culture thanks to your interest:

Founder, The Sideline Project and Soccer Parenting. Skye is a career coach, sought after coach and parent educator, former All-America, professional, collegiate and State Champion athlete, and sports parent. Skye is a regular guest on podcasts and radio shows, and her work has been sighted in multiple national publications and books. 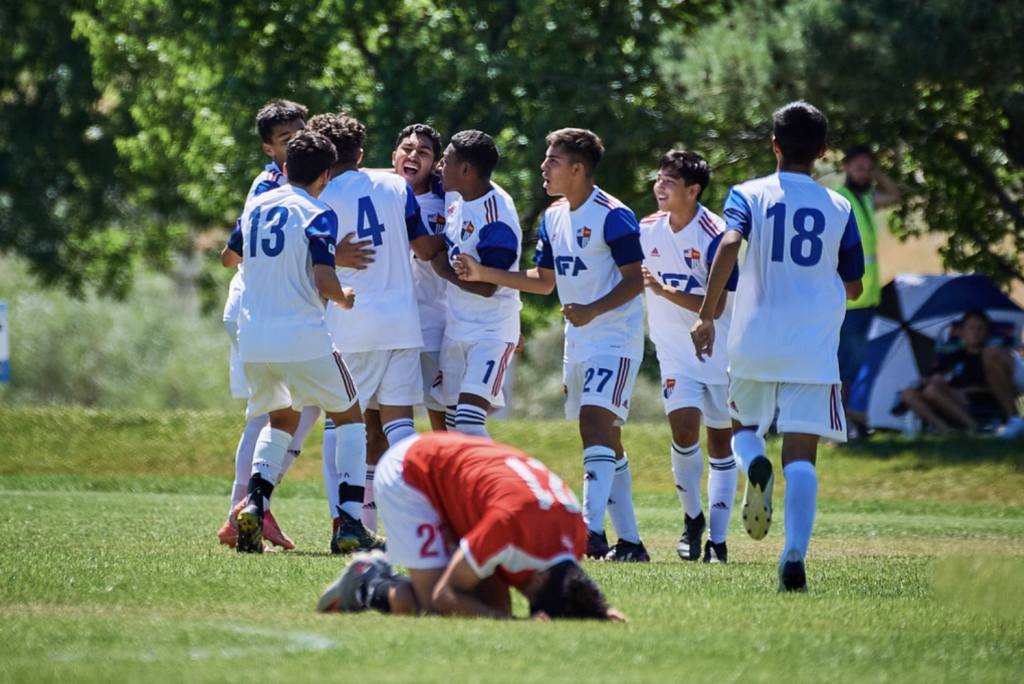 A Focus on Behavior 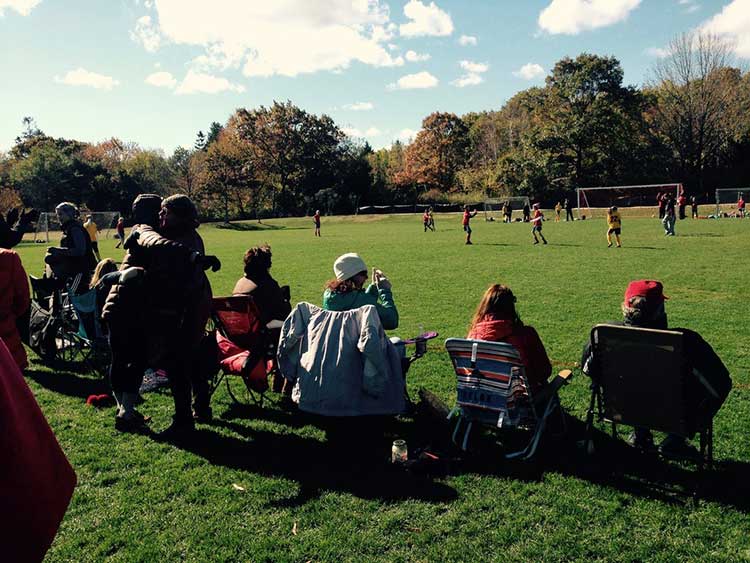 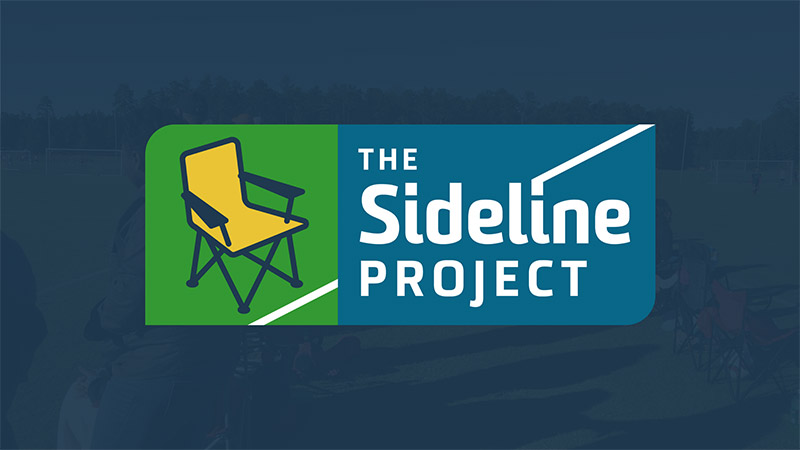 Want to take your learning a step further? Take The Sideline Project Course - 15 minutes of your time to make youth sports better. 👇